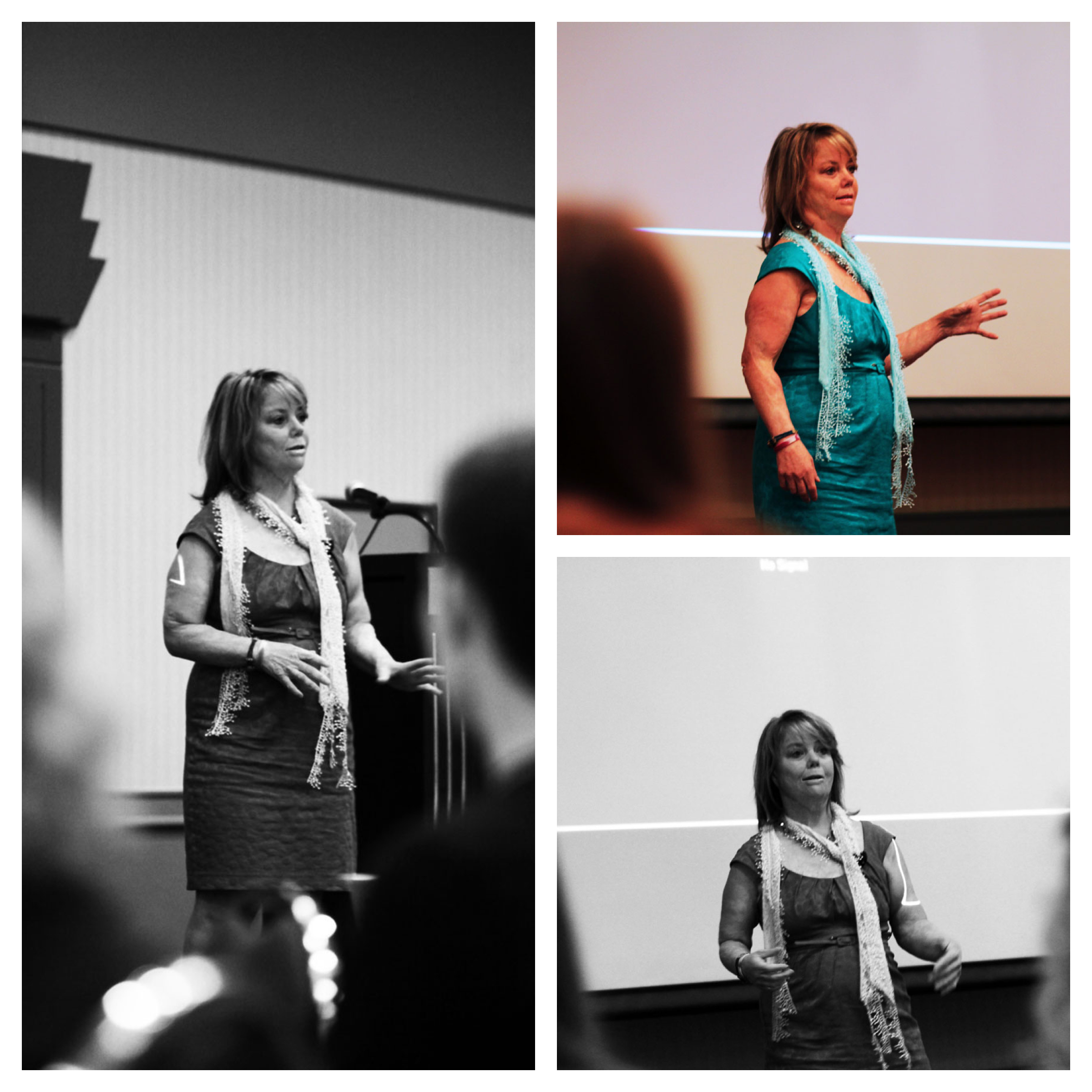 As a burn survivor, and knowing other burn survivors, I’ve found that we have different experiences with certain things than other people due to our burn injury. One of these include pregnancies.

I was lucky enough to get internationally-recognized motivational speaker, authour, entrepreneur and burn survivor Kelly Falardeau to answer a couple questions about how it’s like to be pregnant and have burn scars.

1. Can you tell me about yourself

At two-years-old, over 75% of my body was burned and I constantly faced rejection, teasing and staring throughout my teenage years. My label was “the ugly scar-faced girl,” but not anymore. I’ve proven you can overcome pain and struggle to become a successful single mom with kids and career. Typically I speak to women about going from near-death to success, but recently I’ve been doing more work with teenagers. Together with Martin Presse we wrote a book entitled 1000 Tips for Teenagers, which just made the best seller list in November.

In addition to receiving the Diamond Jubilee Medal this fall, I received the People’s Choice Award from the Every Woman Model Search Competition, was named on the list of 10 Most Influential Speakers in 2011 and was the recipient of the Fierce Woman of the Year Award in 2010. At the age of 2,1 and again at 32, I was elected as President of the Alberta Burn Rehabilitation Society, an organization which provides support and assistance to burn survivors, their families, friends and interested Albertans.

Kelly speaking at the Canadian Burn Survivors 2012 Conference in Calgary

I’ll be going to Nairobi, Kenya to speak at the schools and for a burn survivor conference which has been a dream of mine forever.

2. At this year’s Canadian Burn Survivors conference you were one of the speakers and you had mentioned that you had concerns about having burns scars and getting pregnant. Can you describe some of those worries.

I’ve been pregnant three times. The first time I got pregnant was with my daughter Alexanna, the second time was a stillborn – a girl we named Aleisha – and the third time I was pregnant with twin boys, Cody and Parker. With each pregnancy we had different concerns, but always worried about my scars, especially when I was pregnant with the twins.

The first concern was whether I could, or should, get pregnant. Throughout my whole life, I believed that my scars would hold me back from getting pregnant. I know that doesn’t make any sense, but it’s true. I felt that as a burn survivor I wouldn’t be able to get pregnant. I didn’t understand how babies were exactly made, but I blamed any problem I had on my burns. It wasn’t until I met another burn survivor at the World Burn Congress and she told me that she had two kids herself and that I to could have kids. Her scars were in the same places as mine. She also pointed out another burn survivor who was there and she had prosthetic arms and she was able to have kids also. Seeing two other burn survivors who had scars in the same places as me allowed me to realize that I could have kids as a burn survivor.

The second concern was whether my skin would stretch enough. When I first got pregnant, that was the first question, and if they didn’t stretch would it harm the baby? I went and visited my plastic surgeon at the time and he said we’ll just play it by ear and see what happens. If we have to do some surgery on you then we will, but let’s not rush into anything at this time until we need to. Every day I put cream on my belly (I didn’t use anything specific like Vitamin E or Aloe Vera, whatever I had on hand) and my tummy did stretch enough. My scars completely cover my chest down past my belly button and all the way around to the middle of my back plus both of my arms and face and a little bit on my legs. The good thing is that I do have some natural skin on my belly as I was wearing a wet diaper when I got burnt at two years old.

With Alexanna being my first pregnancy we were definitely worried about my scars and didn’t know what to expect. When I was pregnant with my second baby, who ended up being a stillborn, we were more confident that I would be ok with my scars stretching. When I got pregnant the third time and found out we were having twins, that was when we were extremely concerned about my scars. Especially since I was gaining all the weight in my tummy. The twins were taking everything out of me and I had to eat incredible amounts of food to keep them growing. The good thing was that I was having ultrasounds every two weeks, and then every week during the last month. We knew the twins were growing and in fact they were getting fairly big for twins. At one point I even lost weight because I wasn’t eating enough.

Photos provided by Kelly of when she was pregnant 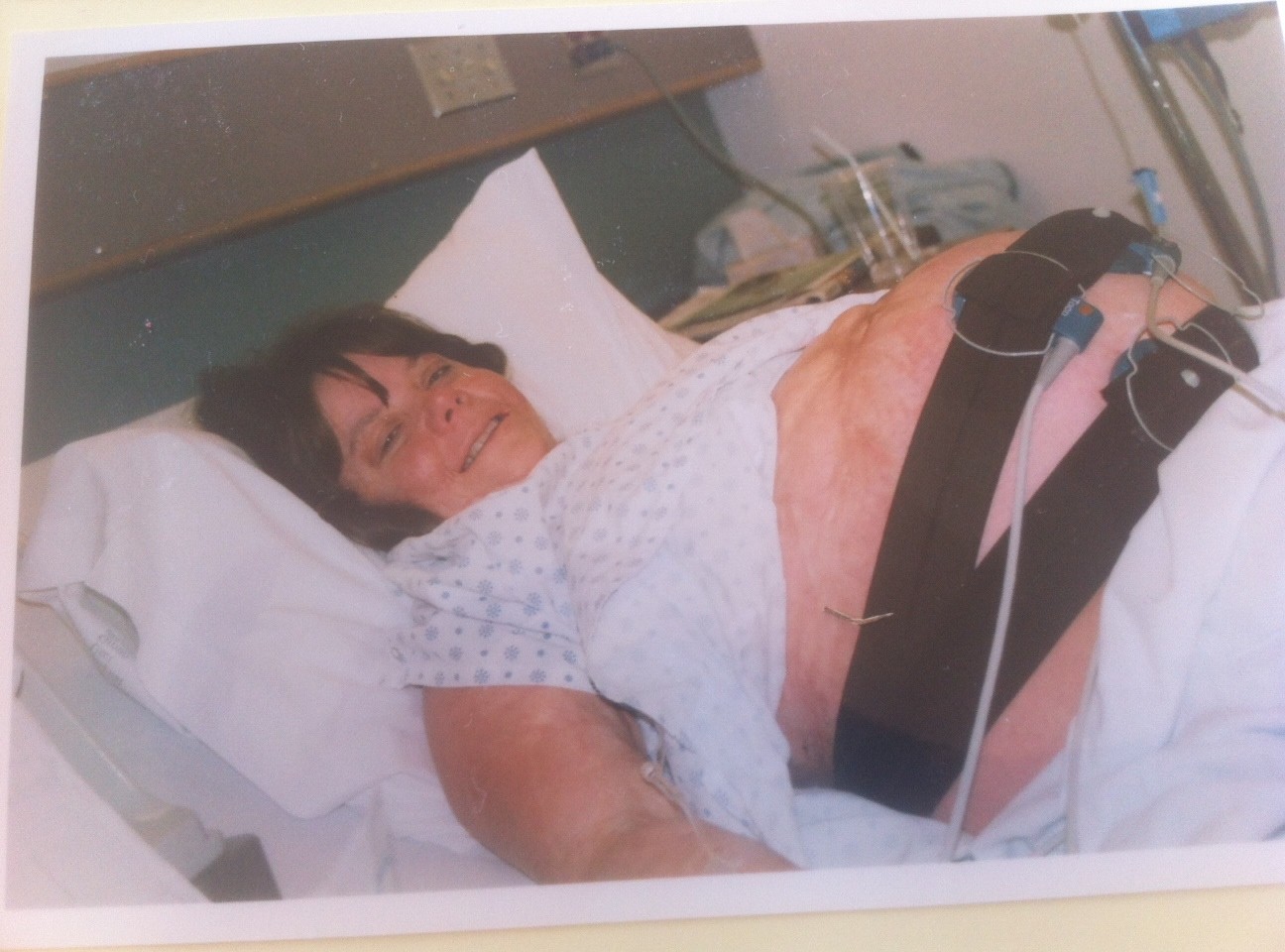 Eventually, my scars were so tight that they couldn’t stretch any more and they did start splitting and bleeding. They were like tiny paper cuts. At that point, my doctor did an amniocentesis to decide if the twin’s lungs were developed enough and whether I could be induced or not. At about 29-weeks I thought my water had broke, so I went into the hospital and they had given me some steroids to help develop the twin’s lungs, so there was a real good chance that the twins’ lungs were developed enough. We found out that yes, their lungs were developed and I could be induced. I was very happy because I had gained about 50 pounds all in my belly and nowhere else. My belly was constantly moving and the twins were very active. At 36 weeks, I just couldn’t walk any more, I was so exhausted and was tired of the pain from my scars being so tight so my doctor induced me. I had the twins 30-hours later. Cody was 6 pounds 11 ounces and Parker was 6 pounds 7 ounces. They were big twins, especially for my size as I’m only 5’3”.

The second concern we had when I got pregnant the first time was whether my nipple was a functioning one. My one breast doesn’t have a nipple at all, but my other one has a partial nipple and is pretty tiny. We weren’t sure if it could function as a nipple even though I had no intentions of breastfeeding. A few days after I had Alex, I could feel some wetness and sure enough when I looked down I could see a wet spot around my nipple and realized that yes, I did have a functioning nipple. My breasts did produce milk and I did get engorged, but because I wasn’t breastfeeding eventually I just dried up and was fine after a couple weeks. I didn’t take any medication for the engorgement.

I do have a funny story though –  when I went into the hospital at 29 weeks because I thought the twins’ water had broke, the peri-natal doctor came to see me and he was trying to convince me that I should breastfeed the twins. I told him he was crazy to even suggest that as I had two babies to feed with only one partial nipple!!! As far as I was concerned breastfeeding wasn’t an option no matter what he said! He kept telling me I should consider it and I kept saying no, it isn’t an option – two babies and one partial nipple means I’ll have starving babies. The nurse even said to me that I shouldn’t consider it because where is the milk going to go in the breast that has no nipple? I could end up with some serious medical complications. But, I have heard of some women breastfeeding with one nipple, so if you are considering breastfeeding and you’re missing a nipple, please check more into it. For me, I didn’t consider it an option. I wanted other people to be able to feed the twins so I could get some rest.

How is it like being pregnant and having burn scars?

To me it is no different being pregnant other than you have to watch your scars and put lots of cream on them to keep them moist. When you’re in pain, make sure you talk to your doctor.  My doctor knew my scars were bothering me and causing extreme tightness. I will never forget once I finally had the twins and the nurses asked me how I felt and I said I felt fantastic, I’m not hurting any more and that was true. The indigestion went away instantly and my tummy didn’t hurt any more.

Did you find it very different from other experiences of women you knew who didn’t have burn scars?

The only difference is that the non-burn survivors don’t have to worry about whether their skin will stretch enough. I still had to go through all the other medical testing that any other pregnant woman would have to go through.

What type of advice would you give burn survivors who are wanting to get pregnant, but are hesitant because of their burns.

Here are also some Facebook comments that other burn survivors were so gracious enough to let me share: 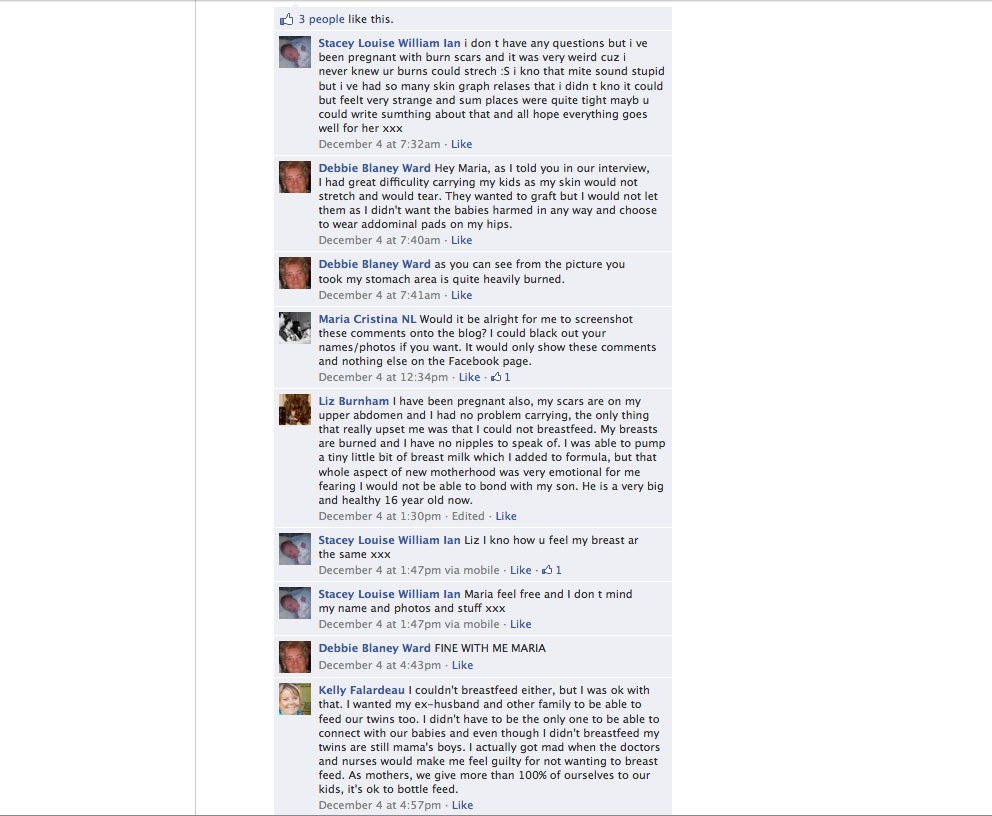 I would like to thank Kelly again for sharing this information.

To learn more about Kelly, visit her website at: www.KellyFalardeau.com