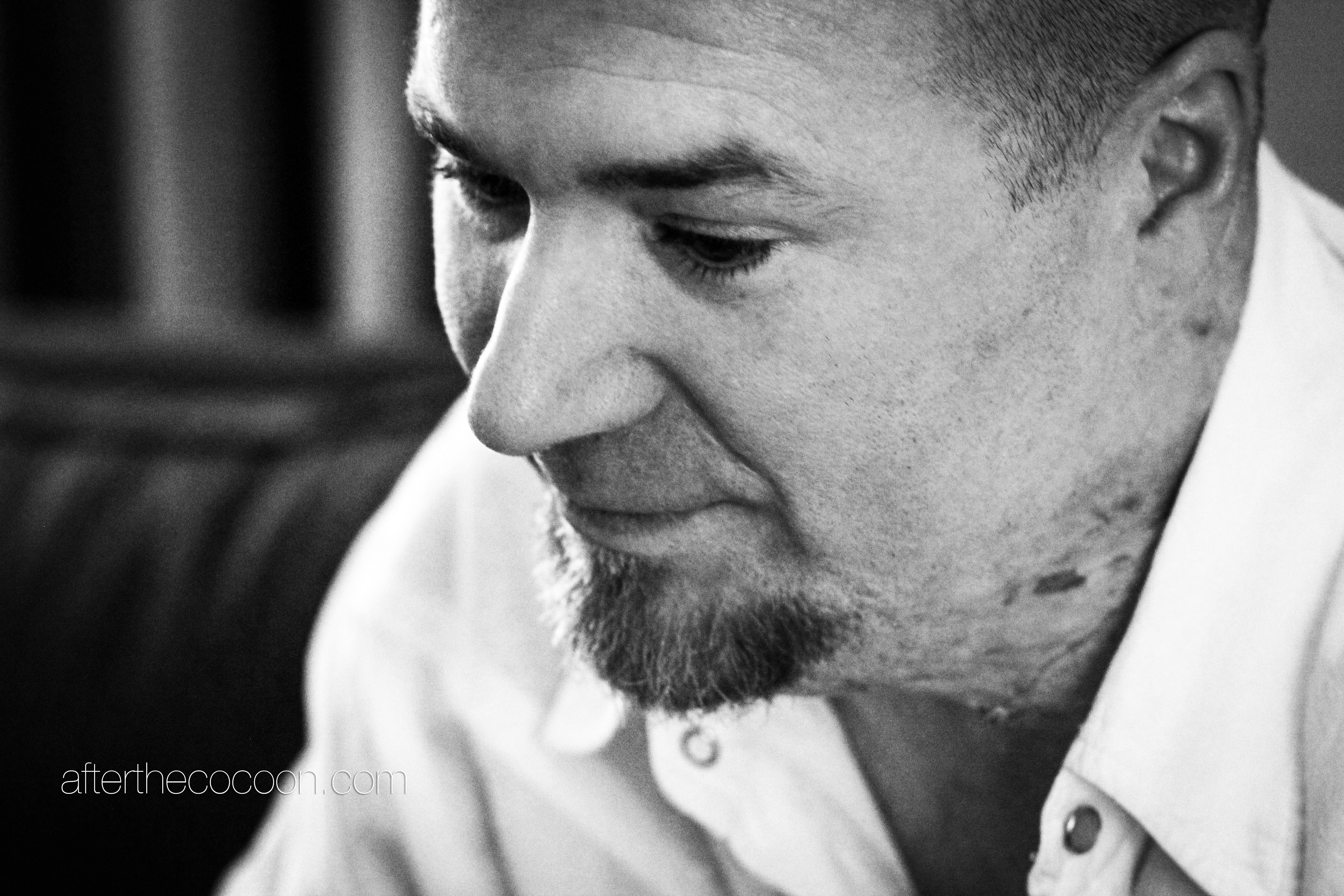 Date of burn injury and geographic location: September 30, 2008 – Red Lake, ON
Cause of burn injury: work-related accident
Severity and location of burns: third degree – 70 per cent of his body

Dan Plexman thought it’d be another day at work when his burn injury happened.

Dan, who was an electrical apprentice, was alone on a man lift and was bolting up some steel structures they had put up the previous week. Dan was close to some live overhead power lines when a flash fire caused him to fall 20 feet to the ground after the flames burned through his safety harness.

The other workers said he landed on the ground like a cat on all fours. Even after falling so high, Dan tried to put out the fire that was attacking him. Afterwards, he was sent to the hospital for medical attention.

Dan received third degree burns to 70 per cent of his body and lost all the tips of his fingers to amputation. During his three-month stay in the hospital, Dan also was in an induced coma for 11 days, had hundreds of hours of countless surgeries, and went through a lot of physical and emotional therapy.

Dan’s hands, which he had to have the tips amputated 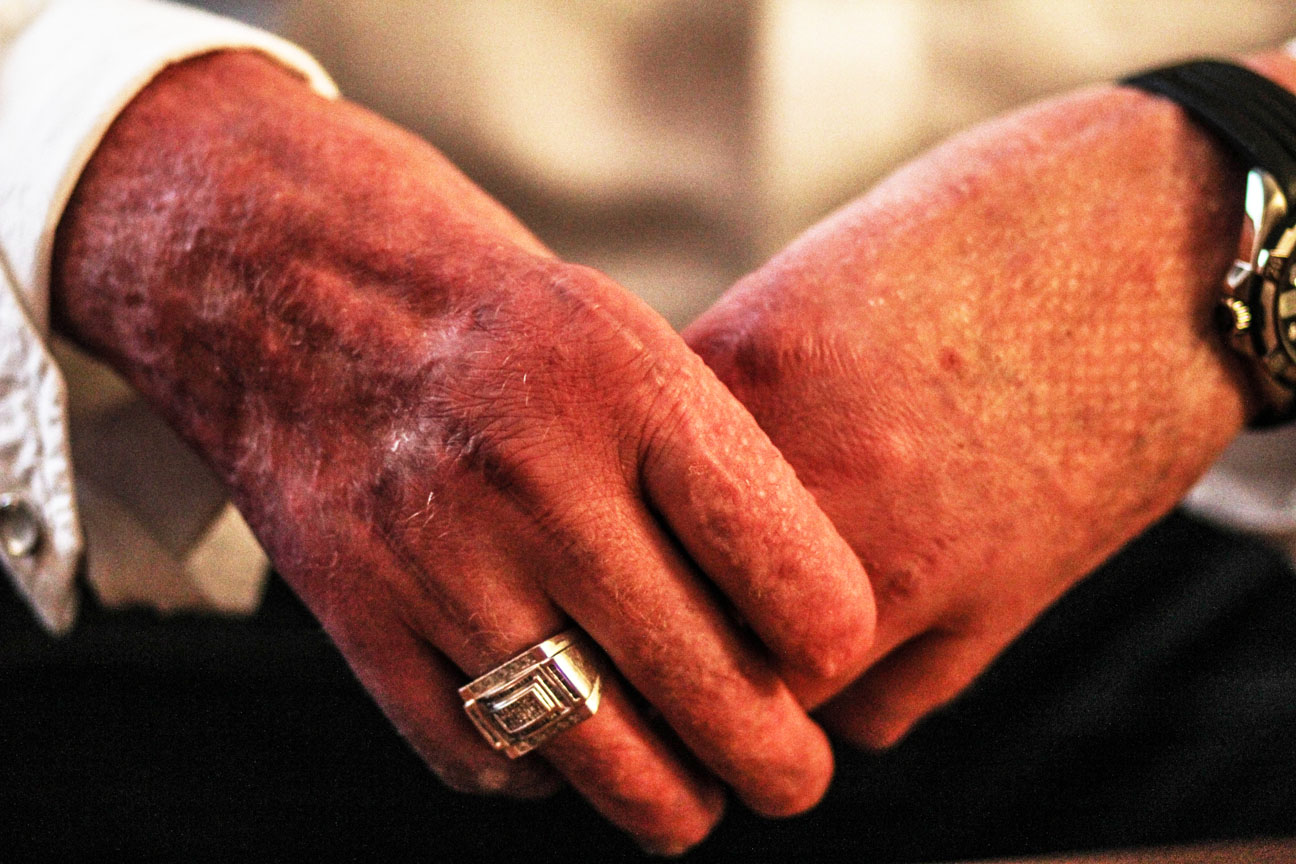 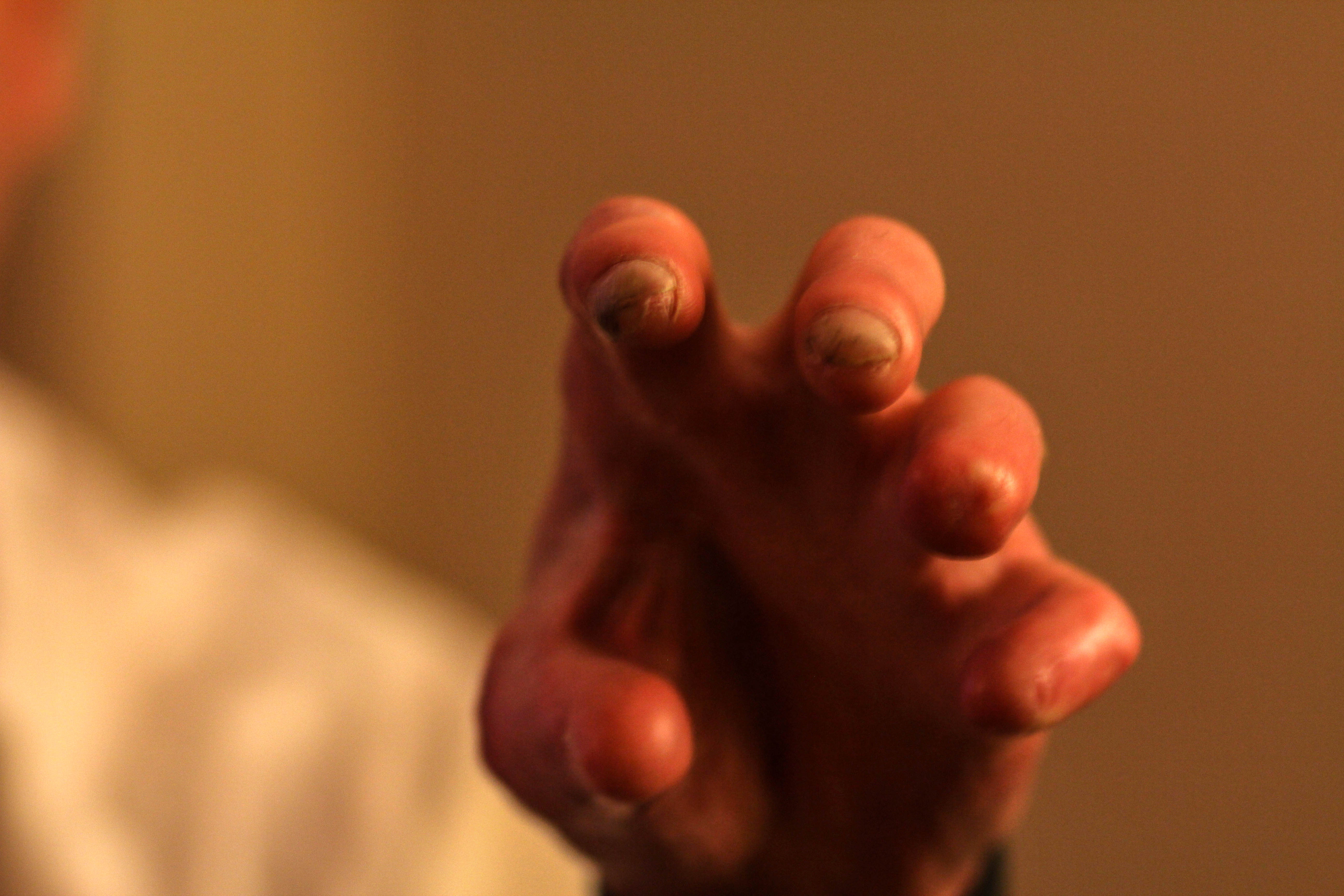 The recovery process was the hardest part of Dan’s accident, and for a long time he felt angry with what happened.

Even after going to his first burn survivors conference, Dan still felt angry about his accident. Although other burn survivors had mentioned a turning point in their recovery process, Dan never experienced this. Instead, Dan describes his recovery as an emotional roller coaster with hundreds of turning points. However, at the Canadian Burn Survivors 2012 Conference Dan felt more emotionally stable and is helping other recovering burn survivors. In 2012, Dan also entered the TVO’s Doc Studio Contest, a contest to be Ontario’s next big documentary filmmaker. He won a honourable mention for his submission: Hot Under the Collar. In his five-minute video Dan used an iPhone to share his burn story.

Dan has been able to address a lot of issues from his burn recovery, including a few personal issues that have plagued him his entire life. This has allowed him to have a positive association with his accident and has made him feel like a better person.

Dan lives in Thunder Bay, ON and travels to the Health Sciences Centre in Winnipeg, MB often for surgeries. Therapy and  preparing and recuperating from surgery is a 24/7 full-time job for Dan now.